Our binary calculator is an efficient tool to calculate binary numbers. It can add, subtract, multiply, and divide binary numbers very easily. It contains a total of 11 operations that it can perform on the given numbers, including OR, AND, NOT, XOR, and other operations. It produces the results in binary, decimal, and hex numbers.

What is a binary system?

Applications of the binary system

Because of its simplicity in digital circuitry using logic gates, almost all modern technologies and computers use the binary system. The design of hardware that only requires two states is much easier to design. These two states could be true or false, on or off, etc.

On the other hand, in a decimal system, it is quite obvious that the hardware design would operate on the ten states because decimal number system is based on the digits from 0 to 9.

Conversions from binary to decimal and vice versa

Although dealing in binary may seem overwhelming at first, it should also be obvious that each binary place value is 2n like every decimal position is 10n. The digit 9 is placed in the decimal number system to the left of the decimal point at the first decimal spot, which indicates 100 places. So, we can write as:

Let’s compare it with number 19.

Follow these steps carefully to convert the decimal number to a binary number.
•    Find the biggest power of 2 in the given number
•    Subtract the value from the number given
•    Find the largest power of 2 within the remainder found in the previous step
•    Find out the biggest exponent of 2 in the remainder of the previous step
•    You have to repeat the above steps till there is no remainder pop-out
•    Enter 1 for every identified binary place value, and 0 for the remaining values

It is easier to convert from binary to decimal. Determine all positions of 1 and calculate the sum of the values.

Binary addition applies the same principles as the decimal method, but instead of bringing a 1 over when the applied values exceed 10, this addition takes place when the addition results are identical to 2.

Rules of Addition in Binary System

The only real difference is that the number 2 in the binary system is equal to 10 in the decimal system. A common mistake in binary addition can be found if 1+ 1= 0 also takes 1 from the previous column to the right. The value at the bottom of the transported number should be 1 instead of 0.

As for binary addition, the subtraction of binary numbers is almost the same, except for those arising from the use of only numbers0 and 1. Lending a number takes place in any case where the subtracted amount is greater than the number by which it has been subtracted.

In binary subtraction, it is only appropriate to borrow when 1 is deducted from 0. If this happens, the 0 in the borrowing column becomes 2, and the 1 in the column of borrowing 1 is reduced. If the following column also is 0, borrowings from each column afterward have to be carried in order to reduce a column with a value of 1 to 0. We are going to share the rules used by the binary subtraction calculator with steps.

Rules of Subtraction in Binary System

Binary multiplication is also not complicated as it may seem. Because 0 and 1 are the only values used, the figures to be added are similar to the first word or 0.

Notice that placeholder0 must be inserted in every subsequent section, and the value moved to the left, just as with decimal multiplication.

Due to the repetitive binary addition, binary multiplication may seem a bit difficult for you, but it is not that tough.

Rules of Multiplication in Binary System

The binary process is the same as in decimal multiplication, as can be seen in the example. Notice that in the second line, the placeholder is 0. The 0 placeholder in decimal multiplication is usually not physically visible. Although the same can be done here, 0 for any binary addition calculator, like the one on this page, is shown in this example.

Without the 0 provided, as you applied the binary values shown above, you might make the error of excluding 0. Remember again that 0 to the right of 1 is important in a binary system while 0 to the left of the last 1 is not significant in that meaning. 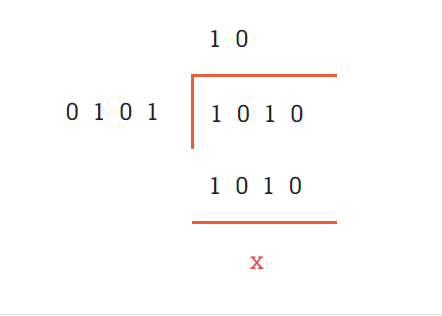 How to Use our Binary Calculator?

A Binary calculator with solution is very easy to use, unlike other online binary addition or binary multiplication calculators. Many binary subtraction calculators available online offer similar features but are very difficult and complicated to use. This is where our calculator for binary operations is the best in terms of ease of use as well as in terms of accuracy, speed, efficiency, and reliability.

In each input box, insert one operand. Operands should not be in the scientific notation, should be a positive or a negative figure, without commas and spaces, and should not be represented as a percentage. A radix point is given to fractional values, and a minus sign is prefixed to negative numbers. The input boxes are labeled as “First number” and the “Second number” for the operands.

There are more than ten operations available to perform on the given operands. These operations include addition, subtraction, multiplication, division, AND, OR, NOT, XOR, Left Shift, Right Shift, and Zerofill Right Shift. Click the “Calculate” button to execute the selected operations on the given binary operands.